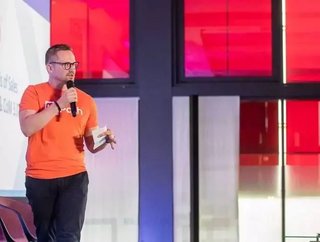 At Web Summit 2019 we spoke to Gavin Jackson, UiPath’s Senior Vice President and Managing Director EMEA, to discuss what RPA offers to the future of e...

At Web Summit 2019 we spoke to Gavin Jackson, UiPath’s Senior Vice President and Managing Director EMEA, to discuss what RPA offers to the future of enterprise.

“We believe that, in the fullness of time, there will be a robot for every worker.” So says Gavin Jackson, Senior Vice President and Managing Director EMEA at robotic process automation (RPA) firm UiPath. RPA blurs the line between purely automated and human-accessible applications by allowing robots to interact directly with the graphical user interfaces used by people. Robots may be trained by watching and recreating a human teacher’s inputs, and then improving in terms of speed and reliability. The company’s vision of human-machine collaboration is compelling for many - the RPA market, according to Gartner, grew by 63.1% in 2018, reaching around US$846mn in revenue. By 2025, McKinsey predicts automation technologies, of which RPA forms a part, could have a gargantuan financial impact of around $6.7trn.

As a leader in the field, UiPath has contributed to, and benefited from, the pace of that growth. “The incoming demand for the platform was just unbelievable. The growth that we've had in the last three to four years has been unlike anything we've seen in the industry. Many analysts have said that this is the fastest growing enterprise software company ever, and Gartner said that it's the fastest growing software category today, in any given field, whether it’s AI or machine learning or anything.”

In terms of enterprise software, RPA platforms are among the most attractive technologies to implement. That’s in part because of the demonstrable efficiency improvements they can unlock. Modern large institutions are bound to have a blend of legacy, in-house, cloud and software-as-a-service (SaaS) systems rubbing against one another. According to Jackson, “what UiPath can do is to help to harmonise different systems, and to automate everything in between. It's definitely true that large enterprises have the biggest challenge to overcome, and automation is really key to that.”

RPA also offers established giants the opportunity to claim some of the benefits of being a digital native startup. “Most large enterprises are looking at a digital transformation journey and looking to build a set of attributes that are very specific - the attributes of what you might consider to be a digital native, or startup, tech company. Startups loathe waste. They loathe any kind of time spent on anything but building their products, serving their customers, and reinventing the world. These are the attributes that are so attractive for companies that have been around for a long period of time.” It’s not just the most venerable companies that have something to gain through RPA’s capacity to grease the wheels and remove timesinks. Jackson first encountered UiPath as a customer when he was Managing Director for Amazon Web Services (AWS). “Amazon's an extensive user of UIPath for automation purposes,” he says, “as are Google, Facebook, Uber and some of those other giants of the digital native tech boom.”

For established companies with arcane systems potentially stretching back to the mainframe era, RPA represents an opportunity to wipe clean the slate in a far less disruptive way than simply starting again from the beginning. “Chances are you don't know what you don't know about your business processes and the interdependencies between them,” says Jackson, “because the evolution of that has been: once upon a time, you'd have a standalone process. Then, because of technology, those processes became networked, and then came online. After that, those processes had to respect digital front ends on mobiles, as well as big clunky mainframes in the back end.” Part of the utility of RPA is simply being able to interpret that tangled map to work out the least efficient parts of the model. “At UiPath we give you a physical, schematic diagram of all their processes and all of the interdependencies. Based on that, we advise you where you can get the biggest returns for your automation.”

RPA may even herald a material change to the future of work, a future where machines may augment the capabilities of human workers by dealing with the less creative tasks. It’s a more positive, and perhaps more realistic, vision than the one where robots simply take all of our jobs instead. Giving the example of a hypothetical business analyst and the creative work they can do with data, Jackson emphasises the liberating potential RPA has. “If you can get the robots to do all the drudge work, to stage data in a form factor that an analyst can then quickly view and chop stories from, you're getting the maximum impact out of that human, and they don't spend an ounce of time in the technical querying of data. They get to analyse the data and create stories that business owners can make good decisions with.” As for UiPath, the future is clear: “We need to continue to lower the barriers. We need to continue to add skills to our robots, to make them useful, to continue to innovate in the space and just break the cycles we've been in for decades of having to do the work that we hate doing.”