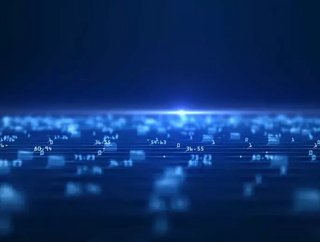 The rapidly advancing global digital transformation powered by Industry 4.0 is leading to a proliferation of advanced automation capabilities. According...

The rapidly advancing global digital transformation powered by Industry 4.0 is leading to a proliferation of advanced automation capabilities. According to Gartner, robotic process automation (RPA) is the fastest growing category of enterprise software.

In a world where technology advances at such a rapid rate, the decade-long rise of everything as a service (XaaS) is resulting in a glut of specialised startups leading the digital revolution and snapping up massive customers left and right before being snapped up by global corporations.

Fast on track for a massive acquisition is leading RPA startup Automation Anywhere, which just announced that it has raised $290mn in a Series B funding round led by Salesforce Ventures with additional funding from existing investors, including Softbank Investment Advisers and Goldman Sachs.

The funding comes a year after the company’s Series A round, which saw it receive $550mn from SoftBank Investment Advisers, General Atlantic, Goldman Sachs, NEA, World Innovation Lab and Workday Ventures. Yesterda's funding puts the company at a post money valuation of $6.8bn

The new capital will help Automation Anywhere accelerate its vision to empower customers to automate end-to-end business processes – bridging the gap between the front and back office with an artificial intelligence (AI) powered intelligent automation platform. In addition, the funding will advance the company’s focus on improving human-to-bot collaboration through attended automation, resulting in enhanced customer experiences and increased employee productivity, according to a press release.

“Never before has there been such a transformative shift in the way we work, with artificially intelligent software bots changing how people, processes and technology interact for productivity gains,” said Mihir Shukla, CEO and co-founder, Automation Anywhere. “This new funding reinforces the promise of the RPA category and empowers our customers to achieve greater business agility and increased efficiencies by automating end-to-end business processes – bridging the gap between the front and back office.”

The intelligent digital workforce is an idea that’s gained significant ground in the past few years, as a way to counteract labour shortages in the tech space and increase workforce productivity. In an interview with Verdict, Neeti Mehta, Automation Anywhere co-founder and SVP of brand strategy said: Automation is not something new. It’s been there for a while, you know, from the software point of view, it’s been there for the last 30, 40, even 50 years. And what has changed in automation and why this industry has been so well-received and is doing so well, is because traditionally automation was something where you took a process and you hire three engineers. They documented the process then they wrote code to automate the process. And then you actually ran the process automated and this was often a year or two years in the making and was also extremely expensive. Because you had to hire the talent and it took a while, and so forth. Now the problem with that is very few processes stay the same after a year or two. And so it was almost a cycle that was never-ending really. RPA changed the game because it integrates at different levels. And it brought us a level of business usability to automation. So what was taking about a year or two to start that automation process now can be done in a matter of days, even a week or two. And that’s a game-changer.”