US House approvals proposal to speed up self-driving cars deployment 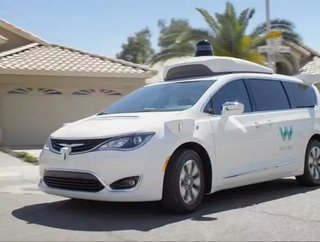 The US House of Representatives approved a proposal to speed up the development of autonomouscars unanimously, with states now banned from blocking depl...

The US House of Representatives approved a proposal to speed up the development of autonomous cars unanimously, with states now banned from blocking deployment of the AI-powered vehicles.

Implementing the SELF-DRIVE Act will enable companies such as Waymo and Tesla to bypass existing safety standards that apply to human-driven cars, such as all cars needing a steering wheel and acceleration pedals.

Around 25,000 vehicles would be allowed to bypass the safety measure in the first year, with this figure rising over three years to 100,000 annually.

Manufacturers must demonstrate that their vehicles are at least as safe as current cars before they are allowed to be exempted from the health and safety laws.

With the National Highway Traffic Administration saying that 94% of fatal road accidents in the US can be attributed to human error, artificial intelligent cars could certainly reduce the number of annual fatalities from the current 40,000.

Currently, expectations are high for the launch of Waymo's deployment of autonomous vehicles in 2020 - the same year that General Motors is targeting for their launch.

Earlier this month, Samsung secured permission to begin testing their self-driving cars on roads in California, moving their tests from South Korea to America.