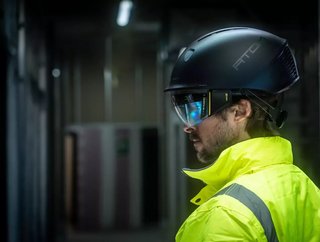 XYZ Reality have announced their worldwide commercial launch alongside the establishment of a US headquarters. The UK-based ConTech forecast a 300% growth expansion over the next 12 months.

Working with customers on several complex projects like data centres, pharmaceutical facilities and airports, the past two years have seen XYZ Reality deploy its technology to projects valued at over £1.5 billion.

The transformational construction technology company behind Holosite, the world’s first Engineering-Grade Augmented Reality platform, will launch their ground-breaking device: The Atom, the world's most accurate AR headset for construction.

After a successful £20 million Series A funding round in June,  XYZ Reality has plans to significantly increase its global market share, representing a commercial milestone to becoming a market-leading ConTech company.

The growth is anticipated in after an increased appetite for the proprietary solution from megaproject asset owners and general contractors, particularly from those who have already observed the power of XYZ Reality’s Engineering-Grade AR technology.

Founded in 2017 by Founder and CEO, David Mitchell, Co-founder and COO, Umar Ahmed and Technical Co-founder, Murray Hendriksen, XYZ is on a mission to eliminate 2D in its entirety, empowering construction teams to 'Build it Right, First Time'. The AR pioneers clam that 98 percent of megaprojects overrun globally so they aim to bring efficiency to the building process by eliminating errors, reducing rework and delivering on time.

What is The Atom?

XYZ Reality Founder & CEO David Mitchell says, “Technology is transforming the way the construction industry operates, enabling contractors to deliver higher-quality more efficiently. Since inception, we have seen a greater understanding of the potential of AR to achieve better outcomes and improve margins. This commercial launch is a definitive proof point of our product’s value and the substantial appetite for it across the industry, particularly on mission critical projects where the highest levels of accuracy are required. Our entry into North America was spearheaded by current partners who are bringing us to the all-important territory. The market presents an exciting growth opportunity and is now supported with ‘The Atom’, which has been designed to show just how easy it is to work with our technology on-site. As XYZ Reality continues to grow, and we introduce new audiences to our powerful proposition, we will show how Engineering-Grade AR is an essential tool to delivering the highest quality, best outcomes for construction professionals.”

Coral Butler, Group Head of Digitally enabled Lean Project Delivery (DePLD), PM Group, an early-adopter of XYZ Reality’s HoloSite, added “We’ve been working with XYZ Reality since the beginning and have already been impressed with how their powerful AR technology has been able to significantly increase efficiency and improve quality across multiple mission critical projects. The Atom has taken it to the next level. What’s so important is that The Atom has been developed by construction, for construction. David and the team have an acute understanding about the challenges and pressures on-site and the frustrations presented by the validation process. This Engineering tool is essential for project management, one which delivers benefits from planner through to asset owner.”