Cashing in on consumers gaming more than an hour every day 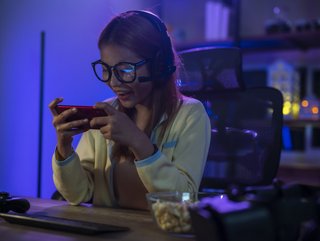 Research reveals opportunities for publishers, developers, and advertisers, as some respondents claim they play games for more than five hours every day

Publishers, app developers and advertisers have access to a wealth of creative opportunities in 2023 as consumers continue to commit hours each day to mobile gaming, according to new research.

One-fifth of mobile gamers are highly attentive, focusing on the gameplay and nothing else, presenting a prime captive audience to lean into mobile brand advertising, say researchers.

According to eMarketer, time spent with mobile gaming is a full 50 per cent the size of in-app social, yet the brand spend in social (US$56 billion, according to Statista) is seven times that of mobile gaming ad revenue projected for 2024 (nearly US$8  billion), creating a huge growth opportunity to reach consumers.

Most brands are not intentionally buying mobile gaming app advertising as a branding vehicle, and some aren’t even aware they are buying it, say researchers. Creative formats available in mobile in-app environments capture consumer attention, with the ‘gold standard’ being non-skippable ads, along with full-screen and sound-on video ad formats.

“As mobile gaming continues to grow in popularity and deliver the reach, engagement, and results that marketers are seeking in a brand-safe environment, we see in-app mobile gaming becoming an intentional and increasingly important part of mix in 2023, right alongside CTV and social,” says Rachel Conforti, SVP Marketing at LoopMe. “LoopMe is proud to be a category leader in in-app mobile gaming, helping connect brands and apps so that advertisers can lean into this massive market opportunity, address a highly engaged market segment and bring to light new opportunities that exist within this ecosystem.”

There are clear benefits for new creative experiences that help keep in-app mobile gaming audiences highly engaged, says Lewis Ward, Research Director, Gaming and VR/AR at IDC. “Leveraging newer ad formats - for instance, playable and interactive ads - can translate into more momentum for brands’ ad content because users don’t have to be passive, which is, of course, how games work. The in-app mobile gaming creative market will get more interesting in 2023 as more big brands experiment with these more engaging ad types."