Younger consumers drive shift in how to earn and spend money 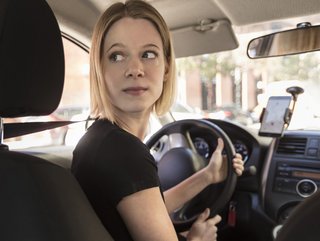 Almost half of all households surveyed are home to someone working a tech-enabled side gig in 2022, with content creation and rideshares paying some bills

Technology is helping drive dramatic shifts in the way different generations earn and spend money in a post-COVID world, according to new research.

IDC's Consumer Pulse, a survey of consumers in seven countries, has revealed how stark differences between the generations promise to transform the tech landscape over the next decade.

Almost half - 48 per cent - of all households surveyed reported engaging in at least one source of tech-enabled income generation in 2022. Income sources for these side gigs included content creation, peer-to-peer commerce, and rideshare driving. Sixty per cent of Consumer Pulse respondents from Gen Z- and Millennial-led households said they earned side-gig money in the past year, says IDC.

"It may be surprising that nearly half of households report online income-generating activities," says David Myhrer, Research Vice President, Consumer Strategies at IDC. "It's important to remember that this includes selling things on eBay or Facebook Marketplace, picking up the occasional shift on Lyft or Uber, and posting content on sites such as YouTube. There is now a diverse set of opportunities for consumers to generate new sources of income, and they're embracing them."

Combined worldwide spending on independently created content, items purchased via peer-to-peer commerce, and ridesharing services will grow to a total of US$294 billion by 2026, according to IDC's Consumer Market Model (CMM), which forecasts strong and continued growth of spending on consumer-derived content, goods, and services.

For example, the CMM forecasts that by 2026 consumers will add US$15 billion worldwide in new spending to support their fellow consumers' independent content creation. Peer-to-peer marketplaces will also grow strongly, accelerating from US$33 billion to US$117 billion from 2021 to 2026. Rideshare is predicted to drive US$85 billion in new spending worldwide between now and 2026.

"Gen Z and younger Millennials will dominate future spending in a wide range of CMM categories," says Kelly Brown, Senior Research Analyst for IDC's Consumer Market Model. "These groups are not following the same playbook as their predecessors, and they are actively seeking new alternatives to both earning and spending income."

The Consumer Pulse shows that online transactions (50 per cent) overtook in-person purchases (43 per cent) in 2022. "When it comes to online grocery shopping, we see a growth in the share of home delivery from 25 per cent to 35 per cent," says Myhrer. "What's most interesting is that the growth is driven by Gen Z, Younger Millennials, and in this instance - surprise - Boomers."

IDC’s CMM projects that 64 per cent of online transactions will be conducted on mobile devices by 2026. An "online first" mentality is present among three-fourths of Millennials and has already spread to two-thirds of Gen X, says Myhrer. "This is just one example of how the habits of these younger consumers are driving seismic change."