Hewlett Packard Enterprise teams up with Tottenham Hotspur for IT solutions 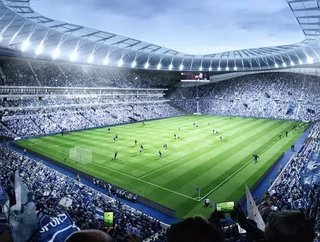 Tottenham Hotspur have partnered up with Hewlett Packard Enterprise to develop IT solutions and technologies in its new, state-of-the-art stadium, which...

Tottenham Hotspur have partnered up with Hewlett Packard Enterprise to develop IT solutions and technologies in its new, state-of-the-art stadium, which is replacing the old White Hart Lane.

HPE will become the official IT networking and Wireless Infrastructure Partner for the new stadium, whilst HPE's Aruba will be installed as networking solutions with support from Pointnext.

Currently under construction, the new stadium will open for the 2018-19 season and will be "one of the most technologically advanced stadia ever built," according to HPE in a press release.

"Our partnership with the Club will help enable future innovation and the ability to provide an enriched, unique environment for stadium visitors," said HPE's MD for UK and Ireland, Marc Waters.

"Tottenham Hotspur realize that being digital from the ground up is imperative, and our intelligent edge solutions and Pointnext expertise will help build the foundation for a truly digital stadium."

Sanjeev Katwa, Head of Technology at Tottenham, reiterated their belief that HPE can lead them to an incredibly technologically advanced stadium: "HPE can support us on this journey to make an enhanced fan experience and to meet the growing demands of visitors."

Spurs' new stadium will also play host to NFL games after securing the contract for America's biggest sport, signing a ten-year partnership and taking it away from the national stadium, Wembley.

The Northumberland Development Project will see a 61,559-seater stadium built on top of the old White Hart Lane stadium, with Daniel Levy saying it will deliver "an unrivalled fan experience."