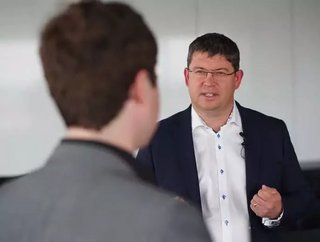 The convergence of technology and law is something that excites Jon Grainger, CIO of global legal industry heavyweight Freshfields Bruckhaus Deringer...

The convergence of technology and law is something that excites Jon Grainger, CIO of global legal industry heavyweight Freshfields Bruckhaus Deringer.

A 275-year-old company which has witnessed first-hand the world’s most significant inventions, from electricity to the first computer, Freshfields has had to move with the times in order to survive, and Grainger is in charge of the next wave of innovation.

“This convergence still has a long way to run,” he says, speaking from the seventh floor of the firm’s brand-new offices in Manchester in an exclusive interview for Gigabit magazine.

“I wouldn't say we're at a ubiquitous state with technology and law, nowhere near it, but certainly the relationship between law and technology has changed quite markedly. That's something that I saw as a very attractive attribute, as a technologist, to follow.”

Grainger’s major task is to ensure Freshfields’ IT team delivers a frictionless user experience, be it for clients, its partner network or other business service personnel within the company.

In terms of the technological setup, around half of the company’s technology-focussed staff are based in Manchester, with regional tech hubs in London, New York, Hong Kong, Berlin and Frankfurt. These centres service 27 Freshfields offices around the world.

So, what is Grainger’s approach to innovation and technology now he is working in the legal space, an industry he is relatively new to having joined Freshfields in February 2017?

“think the key point, when you look at the industry we're in, is there are a lot of technologies that get mentioned again and again,” he says.

“Machine learning and data analytics, for example. I think in themselves those are very important problems to solve, and we have some amazing capability within our teams who are working on those very problems.

“However, I think the other element is for the industry to work out how it delivers these technologies. You can be first to market with a piece of technology – the trick is staying in that position.”

Grainger goes on to describe how he and Freshfields are indeed maintaining a position as legal industry innovator leader, chiefly through its tool chain, the company’s answer to the ‘buy versus build’ conundrum.

A product Freshfields can call its own, it is the result of crucial collaboration with key partner companies, from WM Promus and Blackberry to SnapLogic and Business Data Quality Limited.

To find out more about Grainger’s approach to innovation at Freshfields, and how partners are playing a key role, catch the upcoming June edition of Gigabit magazine.