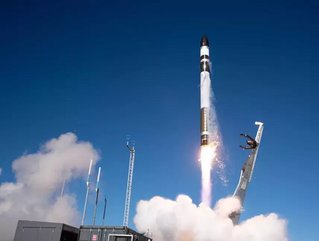 Its new Neutron rocket is capable of transporting larger payloads for commercial and government customers, as well as potential interplanetary missions...

The company, which specialises in the launching of small satellites into orbit, launched the first commercial flight of its Electron rocket in November 2018, which according to the company has since become the second most frequently launched vehicle in the US.

The Electron was designed to provide access to orbit for satellites weighing up to 300kg. That tallied with wider industry efforts to open up the frontier of space to much smaller businesses, which previously had little hope of overcoming the huge costs involved.

Its new Neutron rocket is said to be capable of transporting larger payloads for commercial and government customers, as well as potential interplanetary missions. Crucially, the Neutron will feature a reusable first stage designed to land on an ocean platform, bringing costs down for customers.

Peter Beck, Rocket Lab founder and CEO said: “We’ve listened to our customers and the message is clear - biggest doesn’t always mean best when it comes to constellation deployment. Efficiently building the mega constellations of the future requires launching multiple satellites in batches to different orbital planes. It’s a requirement that all too often sees large launch vehicles fly with payloads well below their full lift capacity, which is an incredibly expensive and inefficient way to build out a satellite constellation.”

Established by New Zealand entrepreneur Peter Beck in his home country, Rocket Lab moved to Huntington Beach, California in 2013. The company said it was looking for another US location to build a factory for manufacture of the Neutron Rocket.

Numerous companies are pursuing constellations of smaller satellites, with the likes of OneWeb and Starlink aiming to provide global broadband coverage.