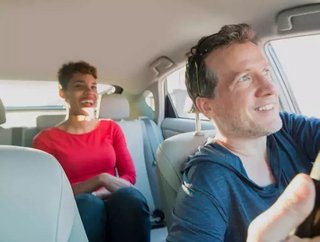 Ontario-based BlackBerry Limited announced via a 3 October press release that it has developed an integrated, secure enterprise solution for MiCab, a ri...

Ontario-based BlackBerry Limited announced via a 3 October press release that it has developed an integrated, secure enterprise solution for MiCab, a ride-hailing platform in the Philippines

The Philippines’ government recently ruled that all licensed taxi firms must offer free WiFi and GPS in their vehicles, which has raised concerns about the security of customers’ data.

MiCab’s app connects drivers and customers using real-time location information to find the best match, and forgoes surge charges and booking fees by offering brands and businesses in-roads to its user base.

The firm’s mass of data therefore requires a highly secure yet scalable platform that is compliant with the new legislation.

BlackBerry’s solution, made possible through expanded partnerships with Android and PLDT-owned Smart Communications, will enable MiCab to circumvent potential issues arising from new government legislation and its wealth of sensitive data.

“After a successful trial, MiCab has rolled out approximately 12,000 seven-inch Android tablets to its fleet of drivers secured by BlackBerry UEM, supported by Smart, and fully integrated with Android Enterprise,” BlackBerry’s statement said.

“Mounted in the front of the taxis, the tablets display map, driver, passenger and fare details and are fully locked down by Android Enterprise, only allowing drivers to access the MiCab app, while being centrally managed by BlackBerry UEM.”

“In the near future, we’re also planning to further leverage the solution with new services, including MiCargo which is a cargo-logistics application that connects consumers to couriers and then a healthcare application named MiHealth which connects patients to their doctors.”

“We see an exciting future with BlackBerry, Smart, and Android and how they can support our vision.”