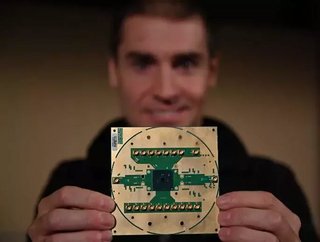 US semiconductor giant Intel has unveiled a control chip which it says is a milestone towards commercial quantum computing. The Horse Ridge cryogenic c...

US semiconductor giant Intel has unveiled a control chip which it says is a milestone towards commercial quantum computing.

The Horse Ridge cryogenic control chip is anticipated to speed up the development of quantum computers thanks to its ability to control multiple qubits (the quantum equivalent of a bit) at a time.

Jim Clarke, Intel’s director of Quantum Hardware, said in a press release: “While there has been a lot of emphasis on the qubits themselves, the ability to control many qubits at the same time had been a challenge for the industry. Intel recognized that quantum controls were an essential piece of the puzzle we needed to solve in order to develop a large-scale commercial quantum system. That’s why we are investing in quantum error correction and controls. With Horse Ridge, Intel has developed a scalable control system that will allow us to significantly speed up testing and realize the potential of quantum computing.”

The chip was developed in collaboration with QuTech, a partnership between Delft University and the Netherlands Organisation for Applied Scientific Research and fabricated with existing in-house Intel processes. The potential of the chip comes from the fact that it bypasses existing, custom designed methods of controlling individual qubits, which lack the same potential for scale owing to their complexity.

The new control chip is able to operate in proximity to the qubits at cryogenic temperatures, hence being significantly more simple. Indeed, the chip takes its name from one of the coldest places in the state of Oregon.

Quantum computing is experiencing a burst of activity of late, with Google confirming the achievement of quantum supremacy (the point at which a quantum computer performs a task beyond the means of conventional computers) back in October. The advent of the technology poses questions owing to quantum computers’ anticipated capabilities in fields such as cryptography, where, due to their highly parallel nature, they can crack encryption methods that would take conventional computer aeons.