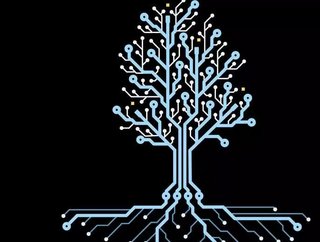 Quorum’s approach to blockchain technology has resulted in an innovative structure that has the capacity to speed up transaction times and minimise storage of unnecessary data, streamlining and optimising operations.

Rather than organising nodes into blocks, Tupelo structures nodes within “chain trees” specific to each actor on the blockchain, enabling more efficient asset and data ownership transfers by cutting the verification requirement down to only relevant transaction history.

Tupelo also negates the need for smart contracts by incorporating non-fungible token protocols, which will enhance scalability and energy-efficiency, Quorum said in its statement.

"Most blockchains try to store all data in the public chain, whereas Tupelo moves that data into the wallet. This means the ledger is perfect for lots of new use cases that have never been addressed by blockchains, for instance modeling real world ownership.”

Quorum’s website offers a more direct comparison between traditional blockchain tech and Tupelo, noting that conventional DLT is designed for currency, depends on smart contracts, stores an entire history of transactions that becomes increasingly redundant over time, and is slowed by the need to verify global transaction histories for each new transaction.

Tupelo, conversely, is designed for ownership and offers greater scalability, offers increased security through its non-fungible token system, only stores the latest valid data state to increase efficiency and reduce required storage space, and speeds transactions along by only verifying transactions specific to relevant assets.

Topper Bowers, co-founder and CEO of Quorum Control, said in the firm’s statement:

“I can’t wait to make my first real-world transaction on the Tupelo platform. There are so many good use-cases for DLT that haven’t been explored.

“I just want to see Tupelo in the hands of as many developers and creative people as possible. Tupelo has the potential to wire up the world for frictionless commerce.”