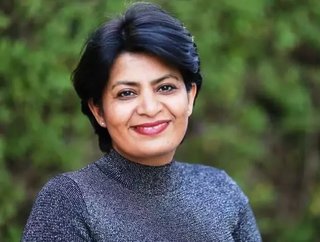 The 2019 Women in IT Awards Silicon Valley were held this month, celebrating gender diversity in the technology industry. The Woman of the Year award w...

The 2019 Women in IT Awards Silicon Valley were held this month, celebrating gender diversity in the technology industry.

The Woman of the Year award was received by Rashim Mogha, Head of Education Products, Automation Anywhere University. In a tweet, the organisers gave the rationale behind the award as being due to Mogha’s career achievements and community work, which make her an ‘outstanding advocate for technology’.

Currently working for robotic process automation (RPA) company Automation Anywhere, Mogha oversees the products the company provides to educate developers, analysts, partners and students in RPA. She is also a keynote speaker, and author of Amazon best-seller Fast-Track Your Leadership Career. Having previously worked at Oracle and Amazon Web Services, she is also the founder of empowered Women of the World (eWOW), a platform for advancing technical and leadership skills for women.

"It's such an honor to be recognized by the Women in IT Awards Silicon Valley, an organization championing one of the most pressing issues facing the technology industry today – gender diversity,” said Mogha in a press release. “By upskilling and reskilling women for the jobs of the future, we can take a step towards bringing more women into the technology industry. I am so inspired to see women technology leaders come together to celebrate each other's successes and empower the next-generation of changemakers."

Seventeen awards were won on the night, including Diversity Initiative of the year, which was won by McAfee for achieving gender pay parity in a year. Other victors included Carrie Rasmussen of Save Mart who won CIO of the year, and Silicon Valley Software Group’s Geeta Chauhan, who won CTO of the year.

The Women in IT awards are “the world’s largest tech gender diversity event”. A series of regional awards organised by Bonhill Group. Locations include New York, London, Dublin, Berlin, Bucharest, Silicon Valley, Toronto and Singapore. Among the sponsors are the likes of IBM, AWS, Accenture and Oracle.