Russian company spent $100,000 on Facebook advertising during US election 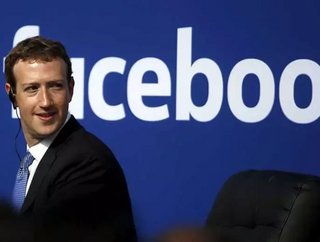 Facebook has revealed that it sold advertising space during the 2016 US election to a Russian company who then targetted voters, representatives told co...

Facebook has revealed that it sold advertising space during the 2016 US election to a Russian company who then targetted voters, representatives told congressional investigators on Wednesday.

The pro-Kremlin organisation reportedly spent around $100,000 on promoting messages on a range of key election issues, including "divisive social and political messages across the ideological spectrum," according to a blog post Facebook's chief security officer, Alex Stamos.

"Advertising focussed on topics from LGBTQ matters to race issues to immigration to gun rights, whilst around one-quarter of these ads were geographically targetted."

3,000 adverts were identified by Facebook as being associated with this spending and were traced back to 470 inauthentic accounts and pages that were in violation of the social media platform's terms of service, and have since been shut down.

"Our analysis suggests that these accounts and Pages were all associated with one another and they most likely operated out of Russia," read Stamos' blog post.

In addition, Facebook scanned their networks for any advertising that was taken out by accounts with an IP address from the US, but had their language set to Russian - an extra $50,000 and 2,200 adverts were found.

Despite the US intelligence community concluding in January that Russia had helped to elect Donald Trump to President and interfered in the election, Facebook said that the "vast majority of ads... did not specifically reference the US presidential election, voting or a particular candidate."

Fake news is a massive issue for social networks, with both Twitter and Facebook - but mainly the latter - coming under increased scrutiny after incorrect and sensationalist news stories were believed to have influenced the UK's EU referendum and the US presidential election.

Foreign nationals or governments are banned under federal law from making contributions or spending money to influence any election in the United States.

Facebook, meanwhile, estimates that around 8.7% of all accounts on their platform are fake - totalling over 83 million profiles that are potentially promoting and sharing false information.

One of the main focal points in the fight against fake news is a company called the Internet Research Agency: in 2013, hackers leaked internal documents that showed it employed 600 people across Russia, whilst ex-employees have spoken about their experiences creating fake social media accounts and using them to circulate propaganda.