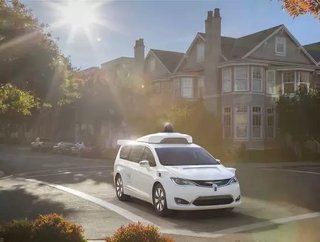 The Alphabet-owned autonomous driving vehicle Waymo has announced its first ever external investment round. Raising $2.25bn, the round is led by Silver...

The Alphabet-owned autonomous driving vehicle Waymo has announced its first ever external investment round.

"We've always approached our mission as a team sport, collaborating with our OEM and supplier partners, our operations partners, and the communities we serve to build and deploy the world's most experienced driver," said John Krafcik, CEO, Waymo. “Today, we're expanding that team, adding financial investors and important strategic partners who bring decades of experience investing in and supporting successful technology companies building transformative products. With this injection of capital and business acumen, alongside Alphabet, we’ll deepen our investment in our people, our technology, and our operations, all in support of the deployment of the Waymo Driver around the world.”

“Waymo is the proven leader in self-driving technology, is the only autonomous vehicle company with a public ride-hailing service, and is successfully scaling its fully driverless experience,” said Egon Durban, Co-CEO, Silver Lake, and nominee for Waymo's Operating Board. “We’re deeply aligned with Waymo’s commitment to making our roads safer, and look forward to working together to help advance and scale the Waymo Driver in the U.S. and beyond.”

The established car giants are increasingly catching up to challengers by investing in autonomous vehicle technology. While the eventual goal is an autonomous vehicle at level 5 of the Society of Automotive Engineers’ (SAE) Levels of Driving Automation Standard, representing complete autonomy at all times, that target remains a way off.