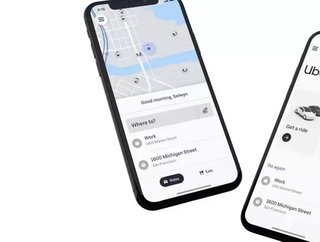 Uber has announced it is to grant its “drivers” worker status in the UK, entitling them to all the benefits required under UK law...

The so-called gig economy has made huge inroads in recent years, with apps connecting customers with workers providing a service.

Whether it’s food delivery with the likes of GrubHub or home rental services such as Airbnb, we’ve become accustomed to the ease of arranging services via our phones and fulfilled by others.

The exact designation of those service providers has long proved a bone of contention. Perhaps the biggest name in the gig economy revolution is ridesharing app Uber, which has just announced it is to grant its “drivers” worker status in the UK, entitling them to all the benefits required under UK law.

The move was prompted by a UK Supreme Court ruling and is the culmination of pushes by the company’s drivers. Notably, however, the offer leaves out couriers working in the company’s Uber Eats business.

In a U.S. Securities and Exchange Commission filing, the company said: “Private-hire drivers using its Mobility platform in the United Kingdom (“UK”) will be treated as workers. A worker is a classification that is unique under UK employment law. Workers are not employees (and remain self-employed for tax purposes) but are entitled to the minimum wage (generally called the National Living Wage in the UK), holiday pay, and, if eligible, a pension.

The company further said its UK mobility business represented 6.4% of all bookings in the fourth quarter of 2020, and while it would increase costs in the UK, it did not intend to pass those on to customers.