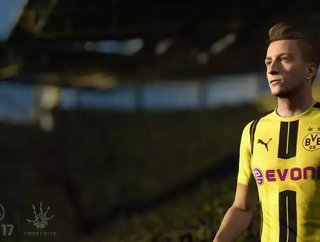 The FIFA Interactive World Cup kicks off today, with millions of online gamers having been whittled down to just 32 players for the Grand Final - this y...

The FIFA Interactive World Cup kicks off today, with millions of online gamers having been whittled down to just 32 players for the Grand Final - this year situated in Westminster, London.

Certified as the largest online gaming tournament by the Guinness World Records, the FIWC boasts a prize fund of $200,000 for the winner of the prestigious eSports tournament and a further $40,000 for the runner-up.

That figure has ballooned in the space of a year and is expected to continue to do so. Last year, the winner received $25,000.

The rise of eSports has been rapid and shows the popularity that gaming has garnered online - last year, the final of the FIWC was broadcast live on Fox Sports, with former American professional footballer Alexi Lalas and YouTuber Spencer Carmichael-Brown (commonly known as Spencer FC) featuring as analysts.

Such is the size and dedication of the audience, professional football clubs have already begun signing up online gamers - much like they do with real players - to represent their club in the online world.

PSG, Manchester City, West Ham United and Sporting Lisbon are just a handful of clubs who have taken steps to secure some of the best online gaming talent, and with the competitive gaming industry estimated to be worth around $1.2bn, it's not hard to see why.

Exposure to the 29 million combined followers on EA Sports FIFA's social media accounts and the fact that around 40 million interactions take place surrounding the FIWC, the brand awareness that an online tournament provides is astounding.

Melbourne City's recent signing is gamer Marcos Gomes, with the online pro having the potential to be "more important than Tim Cahill," according to Fox Sports.

"With 16 million people playing FIFA worldwide, and the competitive FIFA scene taking shape, it is the right time for Melbourne City to move in to eSports," said Melbourne's CEO Scott Munn about the signing.

French club PSG have signed up an entire eSports division, with a new Head of eSports Bora Kim overseeing their advances into League of Legends, whilst they also snapped up two FIFA players.

President of PSG, Nasser Al-Khelaifi, commented on their new project: "We've decided to invest in eSports and to enter our teams in two of the sector's most iconic games, FIFA and League of Legends."

"The decision forms part of the club's international development strategy and represents a new method to interact with our fans and also attract new ones."