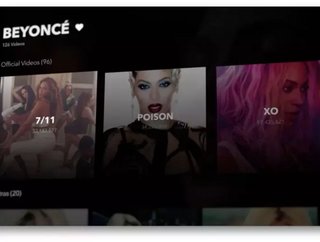 Vevo - a joint venture between Universal, Sony, Abu Dhabi Media and Google - has projected that it will enjoy a fruitful year, with ad revenue growth hi...

Vevo - a joint venture between Universal, Sony, Abu Dhabi Media and Google - has projected that it will enjoy a fruitful year, with ad revenue growth hitting 130% and upfront advertising sales already at $200mn.

Thanks to a new album from the popular music star, Taylor Swift's music video for her hit single "Look What You Made Me Do" generated 270mn views in the space of two weeks, with video ads running prior to the content playing.

A switch in strategy to selling advertising like a TV network would with upfront selling has boosted the video hosting firm, with eight of the past nine quarters resulting in record revenue.

Averaging 25 million visitors per day in the US alone, Vevo's selling of known artists is a major draw for advertisers, with artists such as Swift and Beyoncé guaranteeing a minimum of 50 million views on each video.

"We wanted to talk to TV buyers and sell ourselves like TV," said Vevo's chief sales officer Kevin McGurn.

"We put our media inventory in the lead of our sales, whilst the scale of our viewership has always been there - it just wasn't put into context."

Instead of the usual branded content and custom sponsorships, Vevo sold advertising space using the equivalent of TV ratings data.

Enabling companies to secure "premiere credits" on a video that Vevo knows will perform well if they buy upfront advert slots means that these deals soon become hot property.