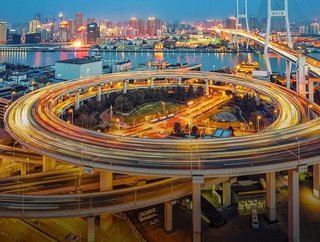 We caught up with Geoswift’s Raymond Qu at Money2020 Asia to discuss the part played by the business in China’s ambition to go global. In China, bu...

We caught up with Geoswift’s Raymond Qu at Money2020 Asia to discuss the part played by the business in China’s ambition to go global.

In China, business is going global. Having made commitments at state level to declare its doors open to foreign investment, the country is now making waves across Asia and beyond. Born out of this new attitude in 2007 was Geoswift, which works to exchange money across borders in an increasingly globalised economy. “We see cross border business is fast growing and more and more people will jump into that sector,” says Raymond Qu, Founder and CEO at Geoswift, adding that a lot must still be done to cater for increasingly international business and the transactions that go with it. “You can see some local winners across Europe, China and the US. However, cross-border business is still very new to everyone. It is more complicated than domestic payment systems,” he explains.

Indeed, cross-border transactions involve dealing with compliance for more than one country as well as fluctuating values. “More and more countries have passed regulations for money laundering and so on. Meanwhile at least two currencies will be involved so it’s not as simple as cash in and cash out. You need to manage different currencies and exchange rates,” Qu adds.

One of the most notable ways Chinese businesses are expanding across the world is through ecommerce, with popular companies like Alibaba becoming well-known in the west and developing other business areas from logistics to AI development. Qu says trusted internet giants can provide a good gateway for Chinese businesses to make themselves known overseas. “For ecommerce, the most challenging thing is to build credibility with the customer,” says Qu. “Why do they trust you to buy stuff online from your stores? At the early stage, the most important thing is to deal with a branded marketplace like eBay, Amazon or AliExpress – it’s like if you live in a small town you will deal with the local restaurants, but if you travel abroad you might choose McDonald’s or Starbucks as you know exactly how they work.”

While in the US, around 60% of ecommerce is done by independent retailers, China has yet to catch up and is still building trust. Generally though, customers the world over are more likely to buy foreign goods through a well-known international platform. “In cross-border retail, most transactions are still done through Amazon, eBay, or other established brands in the marketplace,” says Qu. “However, we are seeing a shift because more and more consumers feel confident to buy foreign goods from retail stores directly.”

With the rise of omnichannel retail, the payment experience becomes more and more important as consumers demand more choice and a smoother transaction whether instore or online. This needs to run like clockwork on international platforms and at electronic points of sale alike if a business is to attract consumers from all over the world. “For ecommerce, payment is always the last point – people don’t want to pay,” says Qu, adding that the idea is to make this process so smooth it all but disappears. “Singapore plays a very important role in cashless,” he comments, referring to the chosen venue for Money2020 Asia, “and some countries are doing the same thing. The argument is how soon it becomes a global solution.”

“I think the important thing comes back to consumer experience,” he adds. “If the consumer pays with a smartphone, they get a better experience. That’s going to be the future but it will take time. A company like Geoswift still needs to invest a lot in technology to make things easier for the consumer. The key is to make things as simple as possible. All the inventions in human history are for one reason: because people are lazy, right? People don’t want to waste time, and the payment space is no different. With any new technology – like smartphones, QR codes, or even biometrics – the most important thing is how a consumer can use it easily. Once my parents start saying they don’t want to pay with cash and prefer mobile – that will be a success.”

Where Geoswift comes in is allowing a high volume of small transactions to run smoothly – a must for retailers wishing to improve consumer experience beyond China. “We’re not a competitor for banks,” Qu clarifies. “The whole banking system was designed for one-to-one transactions. If I want to wire $10,000 from A to B, I will go to a bank. However, nowadays with internet and mobile, transactions are fragmented and of a smaller size. If a client wants to move $1mn to 10,000 different people, it’s impossible for banks to deal with this, so this is something for us to try. The beauty of new technology is it allows us to work with small value, big volume transactions.”

As Geowsift continues to build its business, Qu says that events like Money2020 will remain a key part of the company’s growth and the overall advancement in payment technology. “The main reason we come to Money2020 is networking. We’ve been in the business for over 20 years so we have a lot of friends and clients here. It’s good to meet with them in person at least once a year. Another important part is to learn what’s new in the industry. It’s fantastic. You get to see so much new technology, and every time we get a lot out of the event.”