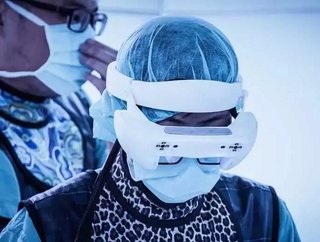 The Taiwanese medical technology firm Taiwan Main Orthopaedics Biotechnology - which trades under the brand name Surglasses - has announced the launch of new mixed reality medical technology that goes further towards the world of science fiction than anything in the field so far.

Reportedly giving surgeons “a superiority rivaling any fictional character, especially the man with the X-ray eyes,” Surglasses’ latest offering is expected to do big things in the spinal navigation market.

The augmented reality (AR) smart glasses are used to position particular entry points and they can reveal the necessary angles for the screws to be attached for a spinal surgery. Traditionally, surgeons use a technique called fluoroscopy to verify the needle insertion, requiring them to periodically look away from the patient to observe the monitor. Surglasses claims that the Caduceus surgical glasses mean that a surgeon will be able to see the exact position of the needle without ever taking their eyes off of the patient.

The Caduceus glasses reportedly allow surgeons to see through a patient's body at a 3D model of the anatomy of the patient's vascular and nervous systems.

Augmented and Virtual Reality are both quickly becoming a key growth technology in the medical space, as anything that gives surgeons better information during procedures, or diagnosticians the ability to deliver expertise remotely, has powerful applications in the space.

Caduceus is going through the final process of FDA approval and is expected to enter full-scale production in the middle of 2020.