Mazda to implement self-driving technology in all cars by 2025 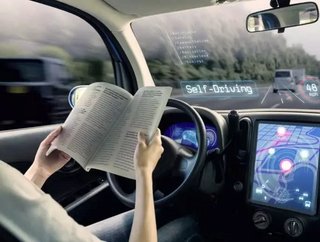 Japanese automotive giant Mazda has unveiled plans to put autonomous driving technology into all of its car models by 2025. Testing the technology in l...

Japanese automotive giant Mazda has unveiled plans to put autonomous driving technology into all of its car models by 2025.

Testing the technology in line with Mazda's Co-Pilot Concept scheme will begin in 2020, whilst the system will become a standard feature five years later for all models.

The project has been boosted by the collaboration in the Toyota-Mazda deal which will see the two companies build and open a $1.6bn factory in the US.

As part of the deal, Toyota Motors is buying a 5% stake in their rival, whilst the new factory will boast state-of-the-art equipment, industrial IoT capabilities and produce 300,000 cars - both self-driving and manually driven - annually for both companies.

This is despite reputable Mazda executive Nobuhiro Yamamoto - who oversaw the development of the MX5 model - saying autonomous cars have "no purpose" in a 2016 interview with motoring.com.au.

Yamamoto also argued that car companies are merely battling to be the first to produce a fully autonomous vehicle for marketing purposes as opposed to benefitting the industry.

"Right now, it’s like they are competing against each other for this type of technology just for the sake it - we need to clarify why," commented Yamamoto in the interview.

The engineer did recognise the potential advantages of self-driving cars, saying that benefits to ageing populations and reducing congestion would be a positive step.