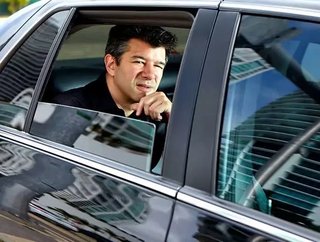 Travis Kalanick, CEO and founder of Uber, has resigned from his role. The decision comes after a letter from five major investors demanded that he step...

Travis Kalanick, CEO and founder of Uber, has resigned from his role.

The decision comes after a letter from five major investors demanded that he step down with immediate effect as they felt that the company needed a "change in leadership."

However, Mr Kalanick has not turned his back on the company that he helped turn into a global transportation powerhouse since he founded it in 2009 - instead, he will remain on the board of directors and retains his majority share.

"I love Uber more than anything in the world," said Mr Kalanick in a statement released on Wednesday. "At this difficult moment in my personal life, I have accepted the investors request to step aside so that Uber can go back to building rather than be distracted by another fight."

An Uber spokesman praised Mr Kalanick as he "always put Uber first" but that the company needed to move forwards after a tumultuous few months that include sexual harassment complaints and a lawsuit from Google's self-driving business Waymo.

The five shareholders demanded that Mr Kalanick support the search for a new CEO and that they fill the three empty seats with "truly independent directors."

This move follows David Bonderman's resignation after his sexist remarks at a board meeting on the company's culture and lack of female representation.