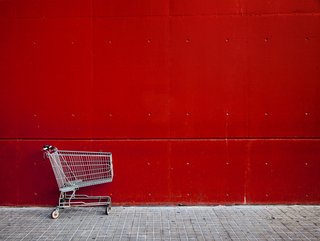 Shoppers abandon an average of five purchases a year due to poor website design, and 42 per cent make the decision to leave a website within 10 seconds of arrival – with one in five saying they make that decision in less than five seconds.

The results emerged in content management system company Storyblok’s survey of 6,000 online shoppers in the US and Europe conducted in November with OnePoll. Storyblok says the results reveal the huge cost of poor website design to global e-commerce businesses.

When asked about their main reasons for leaving an e-commerce website, 37 per cent said limited payment options, followed by poor navigation or layout (37 per cent) and slow loading speeds (33 per cent). A total of 42 per cent of Americans said that on at least one occasion they have been too embarrassed to say where they purchased a product from because the website was so poorly designed - compared to 18 per cent of Europeans.

Features and additional functionality on websites are far less important to consumers than ease of navigation, fast loading speeds, and simple design. In positive news, 60 per cent said that e-commerce sites are getting better, with only five per cent saying the experience is worse.

Despite economic uncertainty, 23 per cent of shoppers say they plan to make more Christmas purchases online this year compared to 2021, with 13 per cent intending to make fewer. Of those that said they would make fewer purchases, 19 per cent listed supply chain or delivery issues as their main concern, and 18% said they preferred the in-store experience.

Get the basics right to keep customers happy

"Consumers want easy-to-navigate, intuitively designed, and fast-loading websites,” says Dominik Angerer, CEO and Co-Founder of Storyblok. “However, a lot of e-commerce websites are falling short. Five purchases per shopper in missed sales may not seem like a lot, but when you scale this up to the number of potential new customers businesses are missing out on, it becomes a very significant amount of money.

"Additional functionality is still an important factor in attracting customers, but it's critical to get the basics right first. For example, by investing in a headless, composable commerce tech infrastructure, companies can set the foundation for a great, fast-performing user experience."

Online shoppers were also asked whether virtual or augmented reality experiences would encourage them to make purchases - 42 per cent said yes (rising to 57 per cent for Americans), 37 per cent said no, while 21 per cent were unsure.

Over half - 56 per cent - said recommendations from friends and family are the biggest influence on their purchasing decisions. Social media was cited as much more influential for Americans compared to Europeans. Almost half - 48 per cent - of US online shoppers said seeing a product on social media is an important factor, compared to 35 per cent in Europe, while marketing emails and online ads had the least influence.