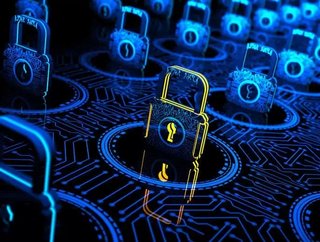 Recent global cyberattacks such as WannaCry and Petya have impacted on companies and organisations in a way that has not been seen before on that scale...

Recent global cyberattacks such as WannaCry and Petya have impacted on companies and organisations in a way that has not been seen before on that scale – now, Cisco is predicting that new threats could cause fatal and permanent damage to systems.

Cisco’s 2017 Midyear Cybersecurity Report has forecasted “destruction of service” attacks which could destroy backups and safety nets, whilst the Internet of Things is offering more potential targets.

Security weaknesses in IoT are offering cybercriminals an opportunity too good to miss, as recent botnet activity is suggesting that some attackers “may be laying the foundation for a wide-reaching, high-impact attack that could disrupt the Internet itself,” according to the report.

Techniques are evolving to create the biggest potential for revenue for hackers, but tried and tested methods of spreading malware like spam emails and adware are “significantly increasing” as well.

In 2016, ransomware brought in more than $1bn, whilst business email compromise led to a loss of around $5.3bn between October 2013 and December 2016.

Figures released in the report show that industries are reacting slowly to the threat, despite 32% of retail security leaders saying that they had lost revenue due to attacks in the past year.

Less than two-thirds of organisations say that they actively investigate security alerts, whilst healthcare is a particularly vulnerable target – 37% say that targeted attacks are “high-security risks.”

Steve Martino, Vice President and Chief Information Security Office at Cisco, said: “WannaCry and Petya illustrate that our adversaries are becoming more creative with how they orchestrate their attacks.”

“Many organisations are in a constant race against the attackers to sure up their security and close the obvious gaps, but they need to make security a priority.”

The Ashley Madison hack and subsequent data leak in 2015 cost them $11m, which should emphasise how attacks can have a “serious and long-term impact” on value, according to Fujitsu EMEIA’s VP Head of Enterprise & Cybersecurity Rob Norris.

“Cybersecurity is the single most alarming threat to businesses across Europe, with recent incidents only reinforcing the need for a robust security strategy,” commented Norris.

“Technology such as IoT, AI and big data opens up new potential for cyberattacks, as criminals become smarter and utilise technology that could halt a business in its tracks.”