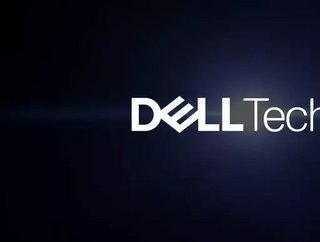 Dell Technologies and the USAF: partners in IT modernization.

Dell Technologies and the U.S. Air Force have a longstanding partnership. On several programs of record, Dell Technologies supports mission-oriented areas, including providing data-centric applications for platforms that the Air Force leverages in testing and operations. For example, certain high-performance jet fighters rely on Dell Technologies software that helps provide critical information about aircraft performance to the service and the aircraft manufacturer. After a test flight, data modules gathered from the aircraft’s sensors are downloaded, processed and analyzed to provide critical insights.

The Air Force has also made a concerted effort to drive technology to the edge so that warfighters can gain value from their data where it lives. Dell Technologies is enabling dynamic decision-making at the edge, where collection, management, analysis, and the distribution of data is critical. Dell Technologies’ software factories are supporting some of the largest Air Force programs, like Kessel Run and Kobayashi Maru.

Kobayashi Maru is a cloud-based program designed to modernize the way the Air Force (now the U.S. Space Force) interacts with its allies. By the time Kobayashi Maru was a program, the service had a year or two of experience with the highly successful Kessel Run. According to the Air Force, this continuous user-centered approach enabled warfighters to quickly evaluate software improvements, provide direct feedback to Kessel Run developers, and rapidly iterate the software to provide maximum value and impact. Kobayashi Maru operates under the same principle: the existing software procurement process is too slow to satisfy requirements, so leverage best practices and partner with industry (in this case, Dell Technologies) to get new systems into the field as quickly as possible.

The U.S. Air Force is committed to IT modernization, as exemplified by its ability to embrace change and transformation in how critical systems are procured and deployed. And Dell Technologies is committed to supporting the Air Force in its endeavors, so the service will always be ready for what’s next.