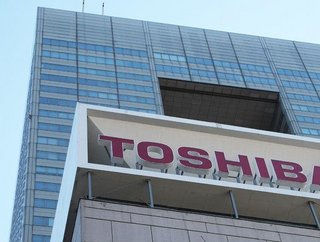 Toshiba Corporation have scrapped previous plans to break into three distinctive companies, as they had announced back in November 2021, after the Toshiba board of directors carried out a review of the strategic reorganisation plan and process. Toshiba hopes the latest move to create Toshiba/Infrastructure Service Co. and tax-free spin off Device Co. will enhance choices for stakeholders and provide agile management and leaner cost structures.

The refined plan – to be completed in the second half of fiscal year 2023 – includes the divestment of Toshiba Carrier Corporation and a projected shareholder return of ¥300bn over the next 2 years.

Back in November 2021, Toshiba had planed to create a company for devices, one for its energy and infrastructure businesses and another to house its Kioxia flash memory chip assets.

However, President and Chief Executive Officer of Toshiba as well as it’s Interim Chairperson, Satoshi Tsunakawa, said: “After further engaging with key stakeholders and completing the additional analysis, we determined that separating Toshiba into two standalone companies and divesting certain non-core assets is in the best long-term interests of our Company and its shareholders, customers, business partners and employees.”

Paul J. Brough, Independent Director, Chairperson of Toshiba’s Strategic Review Committee, also added: “Stakeholder feedback is an important part of any strategic process. The refinement of the separation plan reflects the open and robust conversations we have had with shareholders and other relevant parties. As the Board and management team move forward with the separation plan, we remain focused on enhancing shareholder value, including returning excess capital to shareholders and externalisation of non-core businesses to streamline and focus our two standalone companies.”

According to Reuters, sources at several shareholders saw the changes as simply a way for Toshiba management to skirt investor opposition. Reuters went on to claim that the new plan is set to seek approval from just over half of shareholders while the previous plan - which had a much larger proportion of assets being offloaded - would have required approval from two-thirds.

However, Toshiba argued their new plan was simpler structure and would bring cost savings and would help create better strategic alliances.

Toshiba own a number of businesses in the public interest as well as many overseas. Previously, it has been suggested that this latest reorganisations could lead to privatisation and therefore increased flexibility.