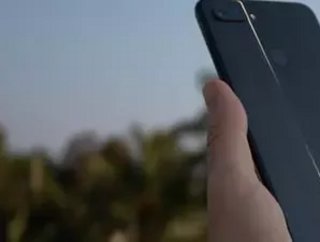 Xiaomi now has a 17% share of global smartphone shipments, ahead of Apple’s 14% and behind Samsung’s 19%, according to analyst firm, Canalys.

Canalys’ research manager, Ben Stanton, said Xiaomi was starting to grow its overseas business rapidly, noting its shipments have increased 300% year on year in Latin America and 50% in Western Europe. The Chinese smartphone maker also posted year-on-year smartphone shipment growth of 83% versus 15% for Samsung and 1% for Apple.

However, Stanton also noted that Xiaomi phones are still skewed toward the mass market, with the average selling price of its handsets being 75% cheaper than Apple’s. But the Beijing-headquartered company is now looking to push into the high-end market. Earlier this year, it launched the Mi 11 Ultra, a premium smartphone that starts at 5,999 yuan ($928), along with the 9,999 yuan Mi Mix Fold, its first foldable phone.

This price range pits Xiaomi against Apple and Samsung in the premium segment. Its domestic rivals Oppo and Vivo are also trying to break through into the high-end market. Stanton said he believes this will be a ‘tough battle’ because Oppo and Vivo share the same objectives and are also both willing to spend on strong marketing to build their brands while Xiaomi isn’t at the same level. He added they were all fighting hard to secure component supply amid current global shortages but Xiaomi already has its sights set on displacing Samsung to become the world’s biggest vendor.

Xiaomi has benefitted from Huawei’s struggles. Huawei was once the largest smartphone player in the world, but U.S. sanctions cut the Chinese company off from critical supplies including software and chips, causing its sales to plunge.

And while smartphones still account for the majority of Xiaomi’s revenue, the company is also looking to expand into new areas. In March, the firm announced plans to launch an electric vehicle business and invest $10 billion over the next 10 years.