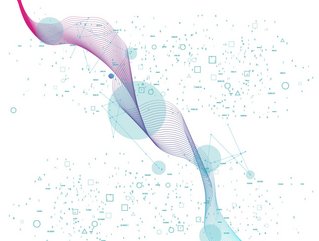 Quantum adoption is closer to reality than we think. What should IT leaders be doing to prepare their organisations for these new capabilities?

Organisations that get started now will have a significant competitive advantage over those that continue to wait until quantum computing is a proven technology. Nevertheless, the complexity of quantum hardware and software development are forcing organisations to invest significantly in elite quantum expertise just to explore quantum-possible use cases for their potential business value.

Davey said: “Quantum technologies within enterprises are expected to take off over the next five years, with forecasts estimating that the market will eventually be worth anywhere between $500mn to $29bn, according to IBM. The development of quantum computing is speeding up, and technology firms are partnering up with businesses to work on bringing out the first commercial applications. A great example of this is Goldman Sachs, who recently assembled a ‘full team dedicated to quantum computing’, and JP Morgan, who is now looking to implement the use of quantum computers as well. Additionally, Willis Tower Watson has also partnered up with Microsoft to develop the potential of quantum computing.”

What is quantum computing and why is it appealing?

Richard Hopkins, Fellow of the Royal Academy of Engineering and IBM Distinguished Engineer, explains: “Today’s classical computers manipulate individual bits, which store information as binary 0 and 1 states. Quantum computers tap into quantum mechanical phenomena to manipulate information. To do this, they rely on quantum bits, or qubits. Unlike a bit that must be a 0 or a 1, a qubit can be in a combination of states. Researchers have shown that these complex states potentially give quantum computers a unique capability to be able to speed up or solve certain problems that conventional computers cannot handle.”

Computing at the speed of light

Richard Murray is Co-Founder and CEO at Orca Computers. According to Murray, today’s computers and data centre architectures have enabled the current digital revolution, which has impacted ‒ and continues to impact ‒ all industrial sectors.

“As Artificial Intelligence technology continues to develop, autonomous robotic control and manufacturing will increase the volume of data collected, which will require faster processing to deliver real time insights to increase the efficiency and effectiveness of industry.  This will be the next digital revolution and will require a different approach to computing moving away from traditional architectures,” says Murray.

“Quantum computing is described as a revolution in the future of computing. Put practically, quantum computers allow the growth and scaling of computational power: pressing on beyond Moore’s law, with the potential for significantly less energy consumption,” said Murray.

The single photon or ‘photonic’ approach to quantum computing ‒ as is being pioneered by London based quantum company ORCA computing ‒ has its own set of advantages. Not only are the systems computationally very fast (being powered by light), they also operate at room temperature, and so ORCA’s systems can be built without cryogenic cooling systems - the challenging and expensive ‘golden chandelier-like’ infrastructure, which is otherwise synonymous with quantum computing.

Accessibility is part of their philosophy at Orca, with a number of libraries and tools that allow non-quantum specialists to explore and include quantum subroutines into machine learning code.

“We’re preparing to take advantage of the step change in computer power which will become available to solve some of the world’s most important problems,” said Murray.

Legacy encryption is no longer fit for purpose

Quantum is being hailed for the added security it could bring to networks. This would be achieved through quantum encryption, which could potentially prove unbreakable, even from other quantum computers.

David Williams is Founder & CEO at Arqit, who supply a unique quantum encryption Platform-as-a-Service that makes the communications links of any networked device secure against current and future forms of attack – even from a quantum computer.

Prior to this, David was the co-founder and CEO of Avanti, a start-up company that pioneered the use of Ka band satcoms to deploy a fleet of four-high throughput geostationary telecom satellites, serving EMEA. The company counted the British Government as its largest customer, for very high resilience, high security communications services.

“Legacy encryption is no longer fit for purpose. The quantum threat greatly accentuates this.  It is clear that pioneers like Psiquantum will have universal quantum computers available in a few years.

“Most solutions brought forward are flawed. The National Institute of Standards and Technology has confirmed that the PQAs (post-quantum algorithms) they have been studying are ‘not a suitable drop-in replacement’ for RSA (Rivest-Shamir-Adleman – an algorithm used by modern computers to encrypt and decrypt messages), with all implying huge disruption. One of the three shortlisted algorithms, Rainbow, has already been demonstrated to be non-secure. QKD (quantum key distribution) is impractical and not secure at scale,” said Williams.

The only method of encryption that is demonstrably secure and already standardised is symmetric encryption, according to Williams.

“The world should focus on how to use symmetric encryption in new ways,” he said.

Quantum security a vital part of the new economy

The arrival of quantum computers will make quantum security a vital part of the new economy, according to Andrew Shields, Head of the Quantum Technology Division at Toshiba Europe.

“Even though we may still be a handful of years away from quantum computers entering the mainstream, hackers are already using scraping and harvesting techniques to gather encrypted data that they’ll be able to break into once they gain access to the power of a quantum computer. This means that organisations need to future-proof their data by protecting it now, especially if it’s information that remains sensitive for a long time, such as genomic or financial data,” said Shields.

Shields does, however, believe in the commercial viability of Quantum Key Distribution (QKD) technology for organisations and governments to build quantum-secured networks.

“QKD harnesses the properties of photons to generate and distribute secret keys needed for cryptographic applications, but until recently faced several challenges that prevented it from effective real-world deployment. Now though, systems such as Toshiba’s have been refined to overcome stumbling blocks to the technology through innovative capabilities such as high key rates, longer transmission lengths, multiplexing and active stabilisation,” he said.

QKD deployments are already being seen across the world, particularly in sectors regularly handling highly sensitive information – such as smart manufacturing, healthcare and finance.

“Such organisations recognise the potential scale of the quantum security threat and are acting now to combat it. What’s crucial is that other industries follow-suit, and quickly,” said Shields.

Hopkins maintains that quantum computing is not an easy skill to learn, so the barriers of entry should be lowered to enable as many people around the world to access these new techniques.

“I’m very proud that IBM decided to use open-source and open access to build the ecosystem of developers, scientists, educators and professionals that are needed across different industries to be ready for this next generation of computing,” said Hopkins.

In 2016, to accomplish global adoption, IBM was the first company to put a quantum computer on the cloud. The IBM Quantum Experience has since built up an active community of more than 400,000 users who run more than 4 billion quantum circuits (the quantum equivalent of running a conventional program) per day, on real hardware and simulators.

In 2017, IBM was the first company to offer commercial universal quantum computing systems via the IBM Quantum Network. The Network now includes more than 175 organisations, including Fortune 500s, start-ups, research labs and education institutions. Together, members of the IBM Quantum Network and IBM quantum experts are researching and exploring how quantum will help a variety of industries and disciplines ‒ including finance, chemistry, and artificial intelligence, among many others.

“The future of this technology is truly exciting – it’s likely that, by 2023, we’ll see applications of quantum computing that will solve practical problems better than classical computers. We call this Quantum Advantage,” said Hopkins.

The Quantum Accelerator programme, announced at the end of 2021, is where IBM’s specialised quantum industry consultants and researchers are working with major corporations on a three-year plan.

“The programme builds the skills and experience they will need and identifies initial use cases that could lead to commercial advantage. We expect to announce some household names joining it soon!” said Hopkins.